My husband and I are in the middle of a big decision right now—a decision that could literally change our lives. Although things would change for the better, this decision also has some serious risks attached to it. We don’t know what to do. We need to hear God’s voice.

However, I know God speaks to His people. Psalm 25:14 says He “confides in those who fear him” (New International Version). Isaiah said God directs us with His voice (Is. 30:21). Jesus said His sheep know His voice (John 10:4-5). But some days it feels like we’ve been in this place forever.

So, I started listening to Andrew’s How to Hear God’s Voice teaching. He said,

God is speaking to you constantly, but our hearts can become hardened toward God so that we have a hard time hearing Him.” He went on to say, “One of the reasons that we struggle to hear the voice [of God] is because the clutter and the clamor, the noise of this world, drown out the voice of God.

And then I remembered a time my oldest son showed me exactly what Andrew was talking about.

On this particular day, I had all the makings needed for two different meals. My husband was gone, and I didn’t have a preference; so I let my kids vote on what they’d like for supper.

“I asked all of you,” I calmly replied, hoping to diffuse the sounds of war. “But you never responded.”

“No, you didn’t! I would have heard you.” This was coming from the same boy who’d once been so caught up in a music video at a friend’s birthday party that he actually missed the pizza and cake they’d served.

Remembering his weakness for electronics, I asked him, “What were you doing just now?”

Of course, I already knew the answer. My son didn’t answer my question because he’d once again become so engrossed with a video game that everything else just disappeared. I asked, but he didn’t hear me. However, this was a skill we’d been working on—learning to let the important voices break through the noise. Voices like mine and daddy’s, like his teachers’, like God’s.

“I was playing on daddy’s tablet,” he said. “But you told me I could.”

Hearing the defensiveness in his voice, I said, “You’re not in trouble, son. But I don’t understand why you’re angry. I asked each of you to vote on what’s for supper. Your brother and sister responded; you didn’t.”

“But I don’t want to eat that tonight,” he said.

“Well, I’m only making one thing for supper,” I answered. “Maybe next time you’ll pay attention to my voice.”

Proverbs 4:20 says we have to “attend” to God’s voice. Andrew says that the word attend means to prick up the ears. He says it’s like a deer that hears a sound and then lifts and turns its ears toward the sound to focus on it. He says,

God is speaking constantly, but we have to tune our hearing. The sad fact is, most of us are tuned to the voice of this world. We spend more time listening to the clamor [and] clutter…than we do God. The voice of God is drowned out [by] the volume of this world.

I’m ready to tune in to God’s voice. Are you? 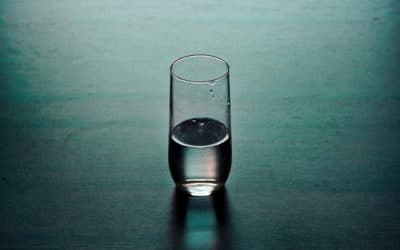 I come from a long line of negative thinkers. My grandmother lived with depression and dealt with fear on a daily basis. My mother was overly critical and cynical about most situations. And while I don’t consider myself to be in their league, I’ve definitely been a... 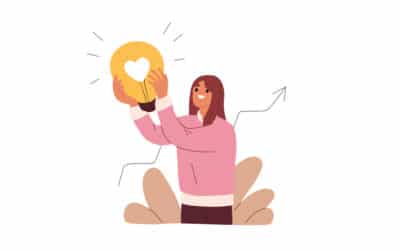 I grew up in a religious home, and sickness was just punishment for doing something wrong. I remember telling my dad about my back problems, and his response was, ‘What did you do to cause it? Cassaundra Siegersma had been diagnosed with Hashimoto’s disease, sleep...